Reinsurer Munich Re moves away from coal 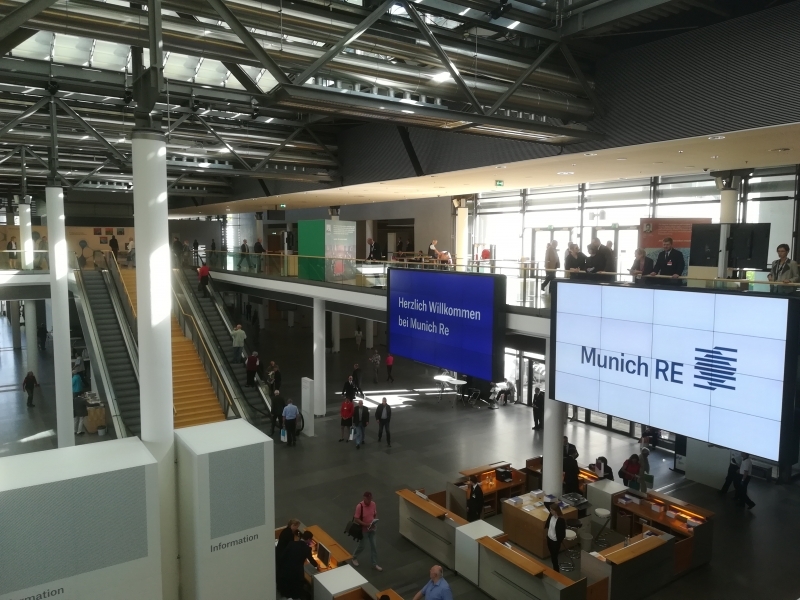 Munich RE moves away from coal

According to Munich Re CEO’s guest article in the Frankfurter Allgemeine Zeitung, the world’s second largest reinsurer plans to stop offering insurance for new coal-fired power plants and mines in industrialised countries. In addition, Munich Re will no longer invest in shares and bonds of coal companies that generate more than 30% of their revenues in the coal sector.

„Another major insurer moving away from coal will most probably result in an increase in insurance and reinsurance premiums for coal mines and coal-fired power plants coverage” says Jan Chudzyński from Foundation Development YES – Open-Pit Mines NO. „While this will most probably not be be a decisive factor for existing infrastructure, it can actually put a curb on new irrational coal projects like Ostrołęka C power plant project or lignite open-pit mine Złoczew” he adds.

The announcement follows months of criticism from Unfriend Coal and its member NGOs. It comes after coal exclusion announcements by many other insurance groups in the recent months, including Allianz and the reinsurers Swiss Re and SCOR. After CEO Wenning recently publicly underlined his position that his company wanted to remain on the side of coal, he is now showing insight. This will further increase the pressure on the entire industry to quickly end its climate-damaging coal business, especially on Munich Re’s competitor Hannover Re – the world’s third-largest reinsurer – which has so far announced only a minimal coal exclusion.[1] [2]

Regine Richter, energy campaigner at the German environmental NGO Urgewald, said: “For years Munich Re has tried to hide behind its own climate studies and refused to act seriously on climate protection. Today’s announcement comes only after massive public pressure. We are, however, pleased that CEO Joachim Wenning now finally wants to change tack. Ostrołęka C in Poland and other planned new coal-fired power plants and mines in Europe can no longer be (re)insured following his announcement. At the same time, we know that these new guidelines are far from being enough to align Munich Re with the Paris Climate Targets.”

Munich Re’s support for coal has attracted increasing criticism in recent months. Its subsidiary, Ergo Hestia, has insured 18 Polish coal projects since 2013, research for the Unfriend Coal campaign by Foundation Development YES – Open-Pit Mines NO has revealed. This includes the biggest coal power plant under construction in the European Union at Opole which is due to start operating in 2019. More than 850,000 people have now signed a petition, started by the campaign organisation Avaaz, calling on Munich Re CEO Joachim Wenning to end the Group’s coal business.

Following the new announcement, six major international insurers – Munich Re, Allianz, AXA, SCOR, Swiss Re and Zurich – have, with differing degrees, restricted the insurance of coal projects. Now, close to half the global reinsurance market has announced a divestment from coal as measured by the share of written premiums.

Based on Munich Re coal announcement: Welcome step, but lacking consequence by Unfriend Coal