Which banks are still financing the global coal industry? Report 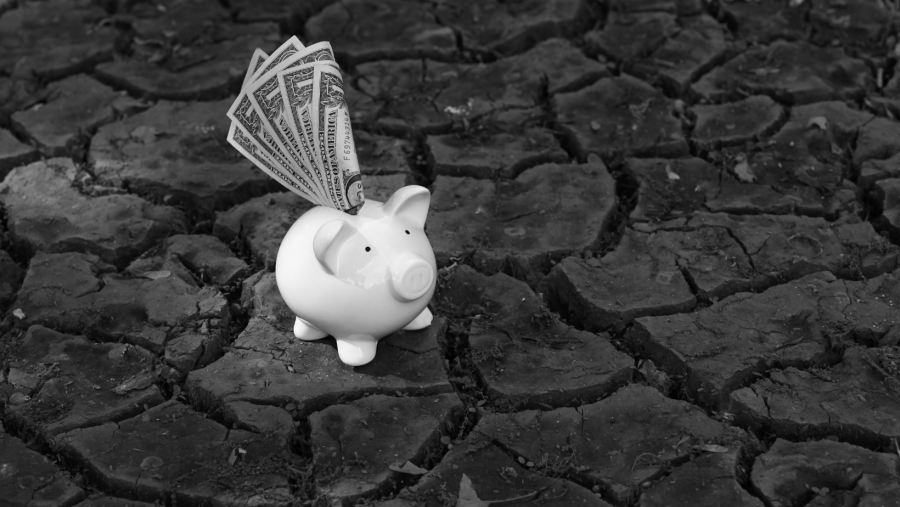 A new report reveals which financial institutions are behind the biggest culprits of climate change.

Today, a study has been published about the financing and investing entities behind the companies on the Global Coal Exit List (GLRW). The study was developed in collaboration with Urgewald, Reclaim Finance, 350.org Japan and 25 other NGOs.

According to the report, commercial banks have allocated $ 1.5 trillion to the coal industry between January 2019 and November 2021.

"Our analysis shows all loans and insurances to corporations that are on the GLRW list, but does not include green bonds and funding that is clearly geared towards non-carbon activities," explains Katrin Ganswindt, head of financial research at Urgewald.

“Banks like to argue that they want to help their coal customers transform, but the reality is that hardly any of these companies are making any changes. And they are not very motivated to do so as long as the bankers write them blank checks, says Ganswindt.

NGOs also investigated the exposure of institutional investors to the coal industry based on their stocks and bonds in November 2021.

"In total, we identified more than $ 1.2 trillion in institutional investment in the coal industry," said Yann Louvel, political analyst at Reclaim Finance.

The biggest lenders to the coal industry
In the period from January 2019 to November 2021, 376 commercial banks granted loans to the coal sector with a total value of 363 billion dollars. However, only 12 banks accounted for 48% of all loans to companies from the GLRW. The top 5 lenders from the "dirty twelve" are the three Japanese banks Mizuho Financial, Mitsubishi UFJ Financial and SMBC Group, Barclays from the UK and Citigroup from the US. Paradoxically, 10 of the 12 largest lenders to the coal industry (including the above 5 banks) is members of the Net Zero Banking Alliance.

Who handles and guarantees the issue of shares and bonds?
From January 2019 to November 2021, 484 commercial banks have allocated USD 1.2 trillion to underwriting securities of companies from the GLRW. During this period, only 12 banks were responsible for 39% of emissions in the entire coal industry. The top three institutions in the "dirty twelve" rankings are Industrial Commercial Bank of China, China International Trust and Investment Corporation, and Shanghai Pudong Development Bank. In the twelve, the only non-Chinese bank is JPMorgan Chase from the US. Even though JPMorgan Chase is owned by Net Zero Banking Alliance is ranked 7th in the ranking of lenders for the coal sector, and its customers include polluters such as China Huaneng, Eskom, American Electric Power and Adani.

The largest investors in the coal industry
While banks play a major role in helping coal companies raise capital by servicing and underwriting stocks and bonds, investors are the ultimate buyers of these securities. Research by non-governmental organizations for November 2021 indicates over 4,900 institutional investors whose total share in the coal industry amounts to over USD 1.2 trillion. 46% of this amount is allocated to the 24 largest investors. The two largest institutional investors in the coal industry are the US investment giants BlackRock and Vanguard, with equity and bond interests of $ 109 billion and $ 101 billion respectively. Next in line are the American investment management companies Capital Group and State Street, and the Japanese Government Pension Investment Fund.

The research revealed more than $ 469 billion of institutional investment (38% of $ 1.2 trillion) in companies that are still developing new coal projects. The largest investor in such companies is BlackRock, which has invested over $ 34 billion. The developers of coal-fired power plants in BlackRock's portfolio plan to expand their new coal-fired capacity by over 200 GW, which is equal to the fleet of operating coal-fired power plants in Russia, Japan, Indonesia, Poland and Germany combined.

Viewed through the prism of individual countries, the picture of the situation is remarkably similar to that described for banks. Investors from 6 countries are responsible for over 80% of institutional investments in the coal industry. We even find the same countries, albeit in a different order: USA, Japan, India, Canada, Great Britain and China. The United States is definitely in the lead in this category. With stocks and bonds totaling $ 688 billion, American investors account for nearly 56% of the institutional investment in the global coal industry.

How do banks and investors in Poland fare?
Since 2019, Polish companies from the coal industry have obtained loans with a total value of over USD 2.5 billion. A significant part of these funds was provided by foreign banks. Polish banks granted loans to the coal industry with a total value of over USD 400 million, and serviced bond issues worth USD 694 million. Tauron received the most funds in the form of loans - over USD 1.8 billion, and the largest bond issue was made by PGE - worth over USD 360 million.

It is worth noting, however, that most of the aforementioned financial operations took place in 2019, while a downward trend could be observed in the following years.

- Lending policies of financial institutions need to be tightened and adjusted to scientifically defined paths away from fossil fuels. After the exceptional in terms of the amount of financing granted to the Polish coal energy industry in 2019, there have been fewer loans and bond issues in the last two years. And although banks do not want to support the creation of new coal projects, unfortunately, they are still not as restrictive in financing clients from the energy sector - companies that produce electricity from coal and are not in a hurry to change energy sources - comments Jan Chudzyński, an analyst at the Foundation "Development YES - Open-pit mines NO ”.

"These financial institutions must come under fire from all sides: organizations, civil society, financial regulators, clients and progressive investors," says Ganswindt. - If we do not put an end to the financing of coal, it will kill us.

Information on all financial institutions covered by the study and the detailed methodology can be found at: https://coalexit.org/finance-data