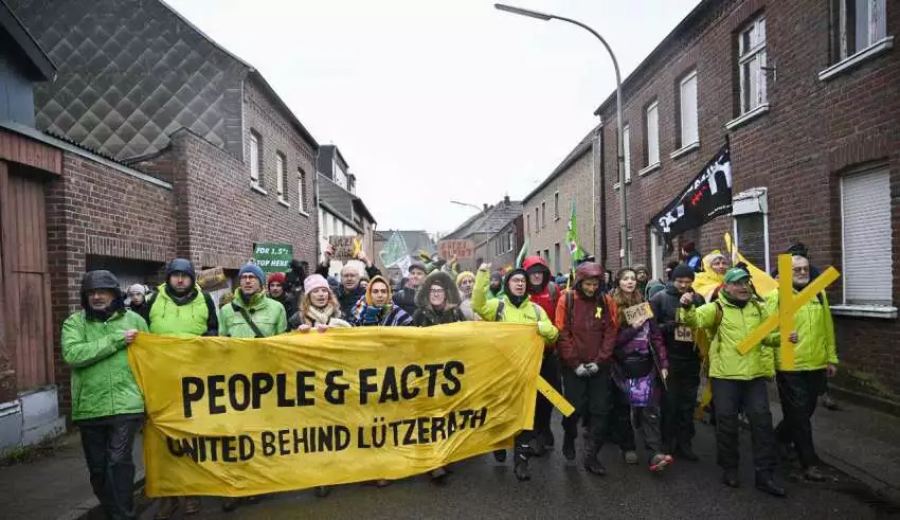 For many years there has been a protest around the German open-pit lignite mine Garzweiler in North Rhine-Westphalia. In recent days, culminating demonstrations have taken place among the public who do not agree with the displacement and further escalation of the climate crisis. – “We stand in solidarity with those protesting against the expansion of the Garzweiler open pit. We call on the authorities to have the courage to protect people from climate change," wrote representatives from the nationwide coalition "Development YES - Open-pits NO" in a letter to German Chancellor Olaf Scholz, The Minister-President of North Rhine-Westphalia Hendrik Wüst and protesting citizens.

– “The whole situation around the expansion of the Garzweiler open pit is a very bad sign for the world - if a rich country like Germany cannot afford courage and an ambitious climate policy, then why should the rest be ready to sacrifice?” - asks Dr. Hanna Schudy, signatory of the open letter to the Chancellor of Germany, the Prime Minister of the NRW and the protesting citizens. – “If a country like Germany, where the flood in 2021 killed 186 people, does not learn from the climate catastrophe, why should others be rational and follow the rules? In 2021, during the flood, e.g. in the Ahrweiler region, the authorities did not listen to scientists and meteorologists, did not introduce a state of emergency, but went to sleep peacefully while people drowned in their own homes. I just can't believe it. Protesters in defence of the Lützerath village seem to be the best that the Federal Republic can show the world today,” adds Dr. Schudy.

Tomasz Wasniewski, President of the "Development YES – Open-Pits NO" Foundation comments: – “Solidarity of Polish and German social organizations and local communities in the fight for our future is our common duty. This duty is responsibility for the future of our little Homelands in which our children and grandchildren will live. Now big business and mindless politics are destroying our homes and history and the natural world around us while ruining the health of thousands of people. The full force of the authorities, police and other services is brought out against community organisations or vulnerable residents to suppress public opposition to the destruction of homes and places to live. It is the state, and not only social organizations, that should stand with the protesters and refrain from further expansion of the mine. Political power, in every country, is there to serve society and not to act against people fighting for our common home and a good future.

– “You can ask the question of what is yet to happen for those in power to see that the world has reached the brink and there is only one step between us and there will be no going back. Just watch how the climate is raging and what consequences it brings and we are constantly adding coal to this locomotive that is approaching this edge. I appeal to those who now rule in Germany - come to your senses and stop further devastation of our planet. We are with the protesters, we support them and admire that they are fighting for our common future,” says Jozef Drzazgowski from the Eko Przyjezierze Association, which has been successfully fighting with open-pit mines in Eastern Greater Poland for years.

– “For years, our organizations and citizens, as part of the RT-ON Coalition, are fighting successfully to oppose the huge energy companies against open-pit mining and coal in Poland. We know how much courage and dedication it takes to risk health and life in defence of the Earth and its climate. We know the bitterness of defeat and mistakes that have been made by the rulers of Poland. Thank you to German civil society! We call on all German politicians to demonstrate the ambitions that match the challenges that Germany and Europe face, as an example for the rest of the world. Radosław Gawlik, president of the EKO-UNIA Ecological Association and former deputy minister of environmental protection in 1997-2000 in Poland.