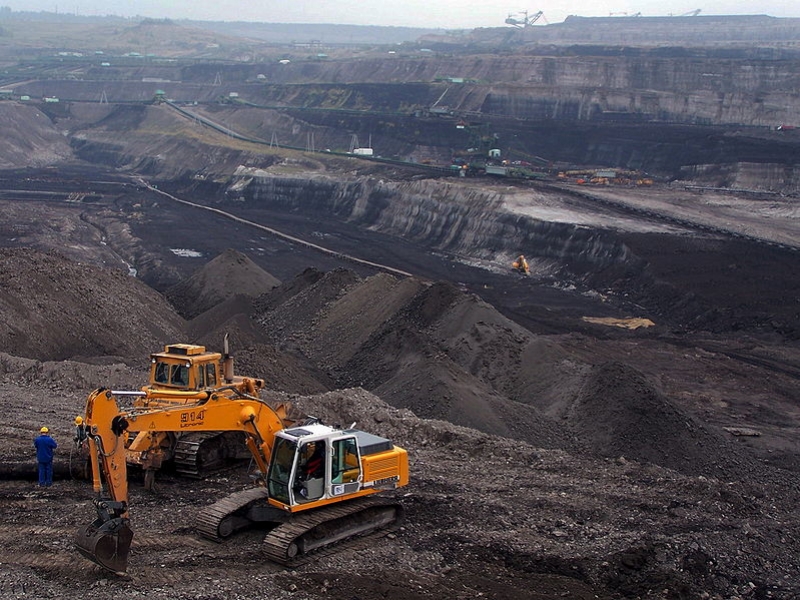 The hearing in the Court of Justice of the European Union (CJEU) regarding the Turów open-pit mine is underway. Despite months of negotiations, Poland failed to reach an agreement with the Czech Republic before the hearing began. Only the planned shutdown of the Turów mine and power plant by 2030 can limit the damage to residents, the environment and the climate - Polish environmental organizations appeal.

Situations like this happen very rarely. This lawsuit is the first one brought against Poland by another member state. It will also be the first in the history of the European Union (EU) for a negative environmental impact on another country. Since Poland's accession to the EU, only four times in history happen that one member state sue another.

Today's hearing in the CJEU will be the only one in this case. The judges will listen both sides of the dispute and the European Commission. The ruling will most likely not be announced until 2022.

- Today's meeting is to establish the circumstances of the proceedings which will enable the CJEU to issue a ruling. However, we should not expect it earlier than in the first quarter of 2022, the judgment has to be also preceded by the opinion of the Advocate General. The only solution for the Polish government is to reach an agreement with the Czech Republic, which will entail the withdrawal of the complaint and thus the end of the Turów case before the CJEU final decistion - comments Dominika Bobek, legal advisor from the Frank Bold Foundation form Poland. - However, this will probably not release Poland from the obligation to pay the fines accrued up to that time - "most likely" because the case of Poland is precedent and political, and the mechanism for the execution of the penalties is unclear."

Despite the loud announcements of the Polish government and the change in the position of the Minister of Climate and Environment, it was not possible to reach an agreement with the Czech Republic before the hearing in the Tribunal.

- The draft agreement does not include the date of coal phase-out in Turów. Also PGE has not disclosed the schedule for the complex shutdown, which is necessary to prepare the Territorial Just Transition Plan. It is a conscious exposure of the inhabitants of the Zgorzelec region to the loss of approx. PLN 1 billion (EUR 220 million) from the EU Just Transition Fund. We are faced with a choice of the direction of the energy transformation. According to scientists from the Silesian University of Technology, the Zgorzelec region could gain up to PLN 220 million (EUR 48 million) annually by investing in renewable energy and prosumerism - says Katarzyna Kubiczek, project coordinator of the EKO-UNIA Ecological Association.

- Poland already has to pay over PLN 115 million (EUR 25 million) for failing to comply with the CJEU ruling on the temporary suspension of the mine's operations, and the penalty is constantly growing. Yesterday, Poland has already received the first call for payment of EUR 15 million. However, Turów will cost Poland much more if - due to the lack of responsible actions of the Polish government - we miss a chance for a just transition of the region - comments Maria Wittels from the Foundation "Development YES - Open Pit Mines NO". - The only rational solution is to provide the date of the Turów closure in accordance with the EU climate law and the objectives of the Paris Agreement, i.e. by 2030 at the latest.

- Poland's dependence on coal is no longer our internal problem. Today, the first environmental claim to the CJEU in history, filed by another Member State, is being pending. This is an unprecedented situation, and at the same time it is not a surprise - the government, at its own request, led to the escalation of the conflict. When issuing the permit for the further expansion of the Turów mine, all comments made by citizens and NGOs from Poland, the Czech Republic and Germany against this harmful investment were ignored. The solution is to announce an accelerated closing date for the Turów energy complex as soon as possible and to develop a just transition plan for the region - comments Anna Meres, coordinator of climate campaigns at Greenpeace Poland.

Background of the case

On February 26, the Czech Republic filed a lawsuit against Poland to the Court of Justice of the European Union (CJEU) because of the expansion of the Turów lignite mine. The government of the Czech Republic has also applied for an order to suspend mining in Turów until the decision of the CJEU is made.

Despite the decision of the Court of Justice of the European Union of May 21, ordering the immediate suspension of mining from the Turów open pit, the PGE mine in Bogatynia was not temporarily suspended. On September 20, the CJEU imposed a daily fine of EUR 500,000 on Poland for non-compliance with the decision of May 21.

PGE's arrogance and the lack of a plan to solve the tensions caused by the further operation of the mine cost Polish taxpayers almost PLN 70 million (more than EUR 15 million) a month.