Turów lignite mine and plant responsible for 80 premature deaths abroad 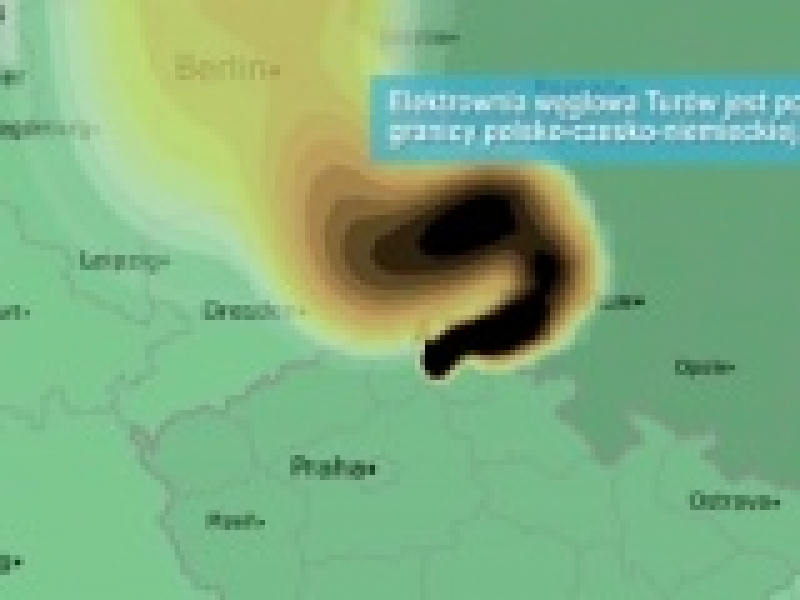 Polish state-owned company PGE aims to get a new mining concession to expand the current Turów lignite open-pit mine in Bogatynia bordering Germany and Czechia. Further mine expansion would have serious consequences for the water balance and subterranean groundwater of the region, potentially depriving over 30,000 people of drinking water in the Czech local regions.

Air pollutant emissions from the Turów mine and the nearby Turów lignite plant contribute to ambient concentrations of PM2.5, NO2, SO2 and PM10, increasing the risk of diseases such as stroke, lung cancer, heart and respiratory diseases in adults, as well as respiratory infections and harm to cognitive development in children.

The Turow mine with the nearby plant was responsible for an estimated 120 premature deaths in 2017, 80 of those took place outside Poland’s borders, with Germany and Czechia most affected. It was also responsible for 2100 asthma attacks, 60 new cases of chronic bronchitis, 110 hospital admissions and 51,000 days of sick leave from work per year. The health impacts are really huge and question the existence of the entire project.

Turów lignite open-pit mine current mining concession expires at the end of April 2020, so PGE has applied for a prolongation of its current concession as a contingency plan. The company requested Polish Climate Minister with a prolongation of the current mining concession by a maximum of  6 years in line with the Polish mining and geological law but in breach of the EU environmental legislation. This procedure is still ongoing and the decision is expected by February 10th, 2020. To get such a prolongation no public participation is assumed, not to mention cross-border consultations. This move gives PGE and the authorities time to carry on with the EIA and other proceedings that are needed for the expansion and mining concession that will allow for mining until 2044.