11 out of 13 river basins studied in various EU countries will still be unhealthy by 2027, new research reveals. This means those countries will miss the legally binding EU target to return Europe’s dirty freshwaters to health by then.

Member States have only six months left to finalise their river basin management plans for the next six years, as required by EU law. The drafts for 2022-2027 are the third round of national plans before the 2027 target, and are Europe’s final opportunity to get things right.

The report, published by WWF and the Living Rivers Europe Coalition [1], finds that only two out of the 13 analysed river basins – both in Finland – might see good health by 2027. Most of the  river basins suffer from a lack of national budget allocated to water management, insufficient integration of water protection into other policies - in particular energy, agriculture and infrastructure - and the multiple misuse of derogations – all issues that were already flagged in the 2019 Fitness Check conclusions of the Water Framework Directive’s (WFD) evaluation.

Claire Baffert, Senior Water Policy Officer, WWF European Policy Office, said: “We’re now in the final sprint to the 2027 deadline and EU countries are still on the wrong track. It is scandalous to see that after more than 20 years of work under the WFD, many of Europe’s river basins are not managed in a sustainable way. Unless EU countries dramatically change direction in their final plans, many of them are racing straight towards a breach of EU law. ”

The performance of the draft RBMPs is ‘poor’ for nearly half of the analysed indicators including pollution, excessive water extraction, blockages like dams, poor flood and drought management, agriculture, hydropower, coal mining and missing nature-restoring measures. EU countries - which have until the end of this year to publish their final RBMPs – must address the shortcomings identified in the draft plans to change the future for our freshwaters and meet the 2027 goal.

Sergiy Moroz, Senior Policy Officer, Biodiversity and Water, European Environmental Bureau, said: “The low level of commitment from water authorities to accelerate the protection and restoration of rivers, lakes and groundwaters shows that decision-makers fail to understand how serious loss of freshwater biodiversity is, and how important and urgent it is for protection of our livelihoods. Instead, the draft plans reflect resistance to change and delay action into the future. 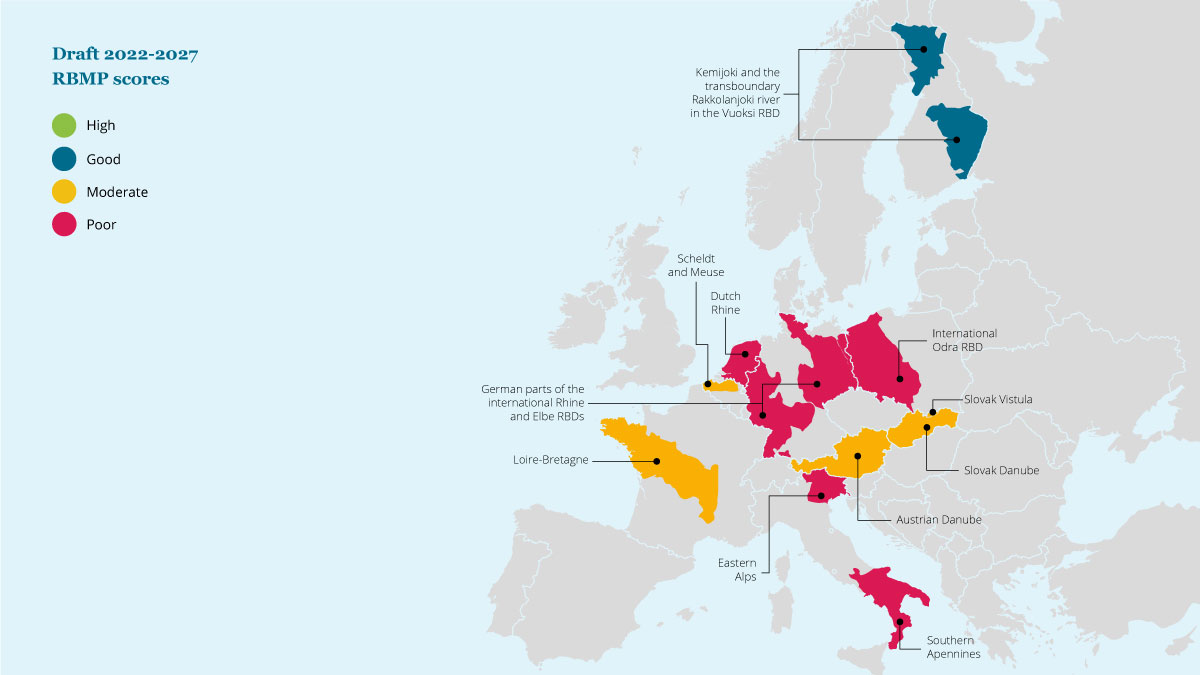